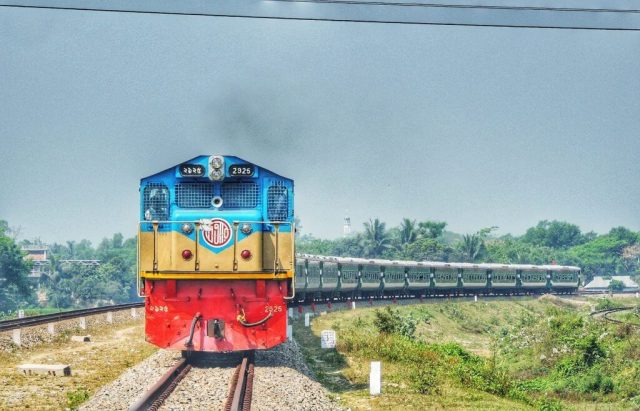 The share of Bangladesh railways in the total passenger traffic in the country is 6 percent. However, in the post-independence period, the rate was 30 percent. Although the country has advanced in the development journey in the last five decades, Bangladesh Railway has consistently lagged in passenger transport. At the same time, the contribution of railways in the transportation of total goods has come down from 26 to 16 percent. The lost glory of the railways is not going to be returned even after a considerable investment.

On the contrary, experts believe that institutional weaknesses, misguided policies, and development partners’ tactical role have pushed the country’s railway sector to the brink. However, railway officials claim that the circumstances will change if the master plan for the sector’s development is appropriately implemented.

Except for 1990 to 2010, the railway sector has received at least 20-30 percent allocation in the national budget since independence. But, especially after forming a separate ministry in 2011, the percentage in the railway sector started increasing. In the current financial year, the amount of railway allocation is 13 thousand 558 crore. New engine coaches have been bought with this money, and a new line has been laid. Moreover, the station and signaling system has been modernized than before. But the imprint of these developments in the transport of passengers and goods did not make much of an impression.

The passenger-kilometer (PKM) unit is used to calculate the total passenger traffic in the country throughout the year. In this case, regardless of the amount of distance, if a passenger travels more than one kilometer at a time by any means, it will be calculated as one PKM. According to the United Nations Economic and Social Commission for Asia and the Pacific (ESCAP), the number of such journeys by road, rail, and waterways in the country after independence in 1975 was 1,600 crore. About 30 percent or about 510 crore PKM was on the railways. In 2019, the number of passenger kilometers in the country was 19 thousand crores. The railways have transported about one and a half thousand PKM, which is only 6 percent of the journey. Like passengers, the transportation of goods has decreased in the railways. In 1985, 27% of the country’s total transport was transported by rail. In 2019, it came down to 16 percent.

Communication experts say the railways have invested heavily over the past decade, but those investments have been isolated and project-oriented. As a result, these investments did not change passengers’ transport. On the contrary, it has often turned into a bad investment. For example, a large part of the country’s most important railway Dhaka-Chittagong has converted into a double line at the cost of Tk 4,000 crore. However, the line remains as meter gauge as before. The implementation of two parts of this project was completed in 2015 and 2016. Within a few years, the railway is re-dual gauge.

Besides, even though the locomotives were bought at the cost of crores of rupees, the quality of many of them has been questioned. Enterprise resource planning (ERP) equipment has been wasted year after year. Where the government has decided to phase out the country’s meter gauge railways, 400 and a half meter gauge wagons are being bought. Experts believe that most of the projects, including construction and renovation of railways, modernization of station buildings, and collection of rolling stock, lack proper planning. According to them, despite investing more than BDT 20,000 crore in the last decade, there are still problems in the railways, including old locomotives, crumbling railways, risky bridges, workforce crisis, mismanagement in passenger service, irregularities, and corruption.

At present, despite considerable investments in the railway sector of the country, people are being deprived of benefits due to the weakness of the plan and its short-sighted implementation, said Professor Shamsul Haque of the Civil Engineering Department of Bangladesh University of Engineering (BUET). He told the reporter that huge investments had been made in railways in the last few years. But there is a significant lack of coordination between them. It is not being decided exactly which work will be done first and which will be done later. There are three main reasons for the current state of the railways:

He further said that priority should be given to developing city-centric rail connectivity for passenger transport to get out of this situation. Infrastructure like Metrorail, subway, light rail will have to be built. And it is to mention that for the transportation of goods, the overall rail network of the country has to be made promptly so that most of the goods of the country can be transport-friendly by rail.

Development work worth about Tk 20,000 crore has been completed in the railways’ last decade. Thirty-six development projects worth 1 lakh 41 thousand 440 crores are underway. The money is being used to construct new railway bridges, renovate old ones, procure locomotives and coaches, and develop the necessary infrastructure, including a signal system. But, even after that, the company cannot get out of the dilapidated condition.

However, as these problems did not occur in one day, it is impossible to solve them, said Railway Minister Nurul Islam Sujan. He told the reporter that the railway sector had been underdeveloped for a long time. Especially, by 2009 the look of the railways had faded. There was an impression of long-term underdevelopment: old cluttered trains, rickety railways, broken stations everywhere. But now, the picture has begun to change. We have taken the initiative to upgrade all the railways across the country to double line. A separate railway bridge is being constructed on the river Jamuna. We are working to establish rail connectivity in all country districts, including Padma Bridge and Dhaka-Jessore Railway. We are emphasizing all kinds of ancillary infrastructural development. The full benefits will be available only when the ongoing and planned works are implemented. We are moving in that direction.