Home Business Cloud China Is Characterless To Its Neighbors 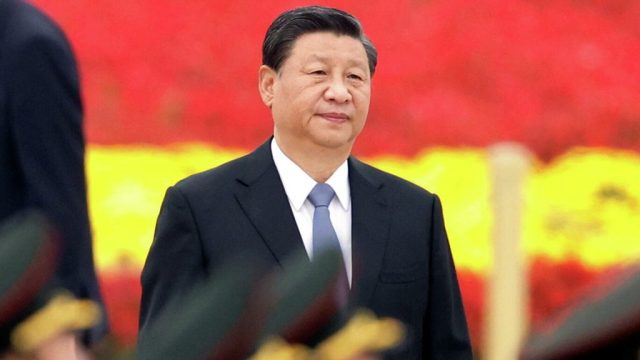 China, one of the world’s longest-running authoritarian regimes, has seen its lack of the rule of law escalate. The country’s rubber-stamp parliament passes one unjust law after another to control the people inside the country. In addition, the government is enacting new laws in violation of international law to expand its geographical boundaries. They have declared war on their citizens and neighboring countries by abusing domestic and international law. Many call this “war” a “loafer” or “war of legal weapons.”

The country seems to be so absorbed in Sun Jung Zhanfar’s “Three Wars” doctrine that the dividing line between war and peace is fading. The pen is stronger than the sword as the saying goes, winning three more battles is more important than winning a military one. These are legal wars, psychological wars, and public opinion wars. Xi Jinping is moving towards expansionism without any ammunition following these three methods. His bulletless aggression has already begun to change the political landscape of Asia. With these three types of tactics, China has used military force to occupy a significant amount of land belonging to its neighbors.

By resorting to legal battles between the three wars, China seeks to change international law to its own. Based on historical myths, they try to keep illegal activities as law. For example, China recently passed a law called the Land Boundary Act. The move comes as China seeks to legally expand its hold on the Himalayan border. They also gave a direction called the Coast Guard Law and the Maritime Traffic Safety Law earlier this year to increase their presence in the South and East China Seas.

The new rules allow Chinese troops to patrol unresolved land and sea borders. As a result, its tensions with neighboring countries have increased. China has passed a land border law in its parliament when the two countries have been deploying more than 100,000 troops in the border area for 20 months due to China’s forcible entry into the Indian border.

The law that China has passed, called The Coast Guard Law, is a clear violation of maritime law as enshrined in the UN Charter and risks an all-out war with Japan and the United States. And its land border law has increased the risk of sparking a war with India. Because, at every moment, China is trying to push its borders into the territory of India. In addition, China is diverting the waters of the Tibetan Transboundary River, which is a clear violation of international law.

The International Arbitration Tribunal has rejected a new map drawn by China over its borders in the South China Sea. But China is blowing up all historical documents and is continuing its ‘loafers’ there. The Xi Jinping government has announced two new administrative districts on the two disputed islands to consolidate its powers. In the South China Sea, 60 islands, coral reefs, and chars are named in Mandarin.

In the middle of last year, China passed the Hong Kong National Security Law, which provoked another aggressive ‘legal war.’ With this law, the Xi Jinping government has created significant obstacles to Hong Kong’s path to democracy. A tiny country, Bhutan is not immune from China’s aggressive expansionism. With a population of only 674,000, China has built many villages in the form of military camps on the northern and western borders of the country.

The InCAP - August 10, 2021 0
There hasn’t been a greater addition to the world economy than the advent of e-commerce, in terms of which we may well see the...