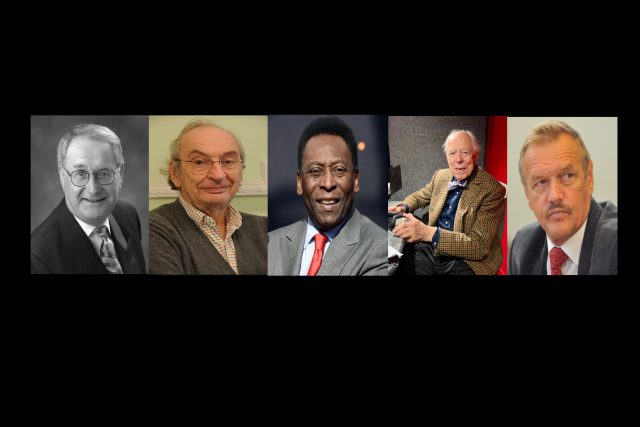 Dick Flavin was an American poet known as the “poet laureate of the Boston Red Sox”, as well the team’s public address announcer and a journalist, TV commentator, and playwright.

Tom Stacey FRSL (11 January 1930 – 24 December 2022) was a British novelist, publisher, screenwriter, journalist and penologist. He was a prominent member of White’s.

Christopher Needler was a British businessman who was the Chairman of Hull City.
Needler was born on 4 September 1944, near Kingston upon Hull, and attended Repton School in Derbyshire.
In 1971, he joined his father in the family business, Hoveringham Group Ltd., and took over as Chairman in 1975, following his father’s premature death. The business was sold to Tarmac plc in 1981, following which Needler continued his involvement in a number of private family businesses.

Lech Stefan Kuropatwiński was a Polish politician. He was elected to Sejm on 25 September 2005, getting 6,115 votes in 5 Toruń district as a candidate of the Self-Defence of the Republic of Poland list.

Kuropatwiński was also a member of Sejm from 2001 to 2005. He had been the leader of Self-Defence of the Republic of Poland from 2012.

Edson Arantes do Nascimento, known mononymously by his nickname Pelé, was a Brazilian professional footballer who played as a forward. Regarded as one of the greatest players of all time and labelled “the greatest” by FIFA, he was among the most successful and popular sports figures of the 20th century.