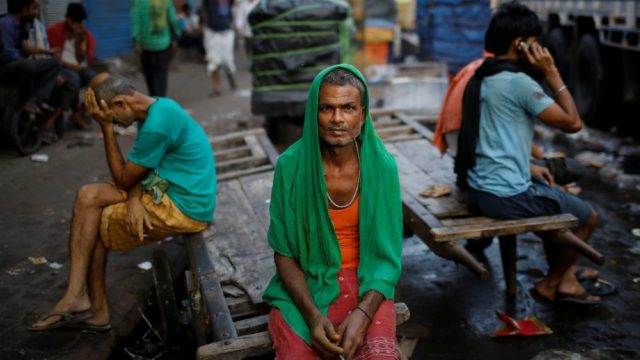 As it battles a surge in Covid-19 cases and growing inflationary pressure, India expects its economy to expand 8.0 percent to 8.5 percent for the fiscal year beginning in April, down from 9.2 percent anticipated for the current year. India’s economic growth will continue to be the fastest among major economies next fiscal year at that rate. So, it is seen that India is under inflationary pressure.

According to the government’s annual economic report released on 31st January, all macro indicators suggested that Asia’s third-largest economy was well-positioned to tackle difficulties, aided by improved agriculture and industrial production increases. The study, presented to parliament by finance minister Nirmala Sitharaman ahead of an annual budget of 1st February 2022, warns of the dangers of global inflation and pandemic-related disruptions.

Sanjeev Sanyal, the finance ministry’s leading economic advisor and the report’s primary author said, “India does need to be mindful of imported inflation, especially from rising global energy costs.” As global crude prices remain above a 7-year high of more than $90 a barrel, India, which imports over 80% of its oil, faces the possibility of inflation affecting consumer demand. “The global climate remains unpredictable,” the study added, “noting major central banks’ plans to reduce monetary assistance, particularly the US Federal Reserve. Higher rates in other countries might result in capital outflows from India.”

The paper also stated that the growth predictions were based on average rainfall and major central banks’ orderly drawdown of global liquidity. However, given growing inflationary pressures and lackluster domestic demand, private economists believe the government and central bank will balance their efforts to sustain economic development.

“Policymakers would have difficulties calibrating policy decisions to balance between growth and (price) stability objectives as the demand to tighten the monetary stance grows,” said Rumki Majumdar, an economist at Deloitte India.

According to the study, the government has fiscal room to give extra help if needed, noting a 67 percent rise in income receipts from a year ago in the April-November period. Moreover, after falling 7.3 percent in the previous fiscal year, India’s economy has been on the mend since the government removed mobility restrictions in June to combat the spread of coronavirus.

However, following a jump of Omicron cases earlier this month, many private economists and the International Monetary Fund (IMF) have lowered their growth forecasts to 9.0% from an initial estimate of 11%. The yearly report, which gives a grade to India’s economic achievements and includes fresh projections, has a history of missing objectives.

Last year, it predicted annual economic growth of 11%, which was ultimately reduced down to 9.2% by the statistics ministry when the Omicron variant wreaked havoc on the economy. Moreover, private spending, which accounts for about 55% of Gross domestic product (GDP), has remained lackluster in the face of mounting family debt. In contrast, retail prices have risen dramatically since the coronavirus epidemic began in early 2020.

The InCAP Desk - November 22, 2022 0
Jamuna Bank Limited has received approval from the Bangladesh Bank to establish an exchange house in Spain. The 100 percent owned exchange house would...
Go to mobile version