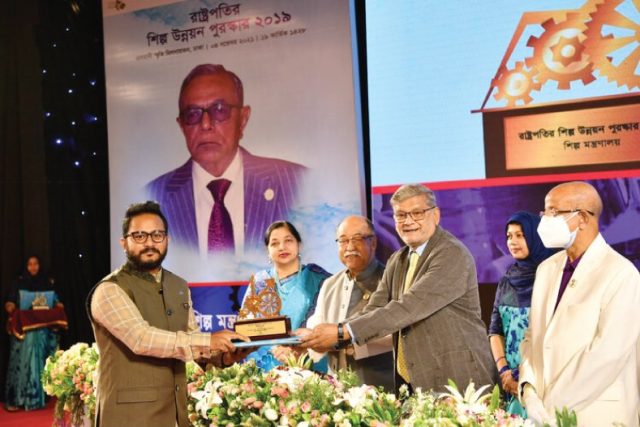 Walton has been perceived with the ‘President’s Industrial Award 2019 for its extraordinary commitment to the country’s private area, work age, and economy. According to a public statement, Walton Hi-Tech Industries Limited got the esteemed honor as the top association in the cutting edge industry classification this year.

On November 4, the award was handed over at a program held at Osmani Memorial Auditorium in Dhaka. A total of 19 industrial units under six categories, including Walton, have received awards this year.
President Abdul Hamid was virtually present as the chief guest.

The Ministry of Industries introduced the award in the name of the President to encourage the creativity of the private sectors. The Walton MD also thanked its huge customers for the achievement.