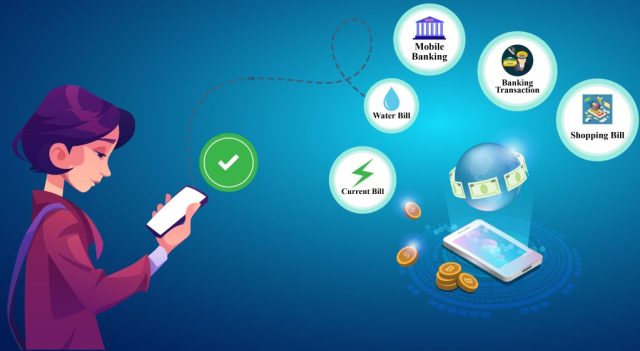 Now, debit and credit cards and mobile banking are being used for small and big purchases. In addition, vendors and service providers use Point of Sales (POS) to receive money. Money is also being taken through mobile banking in the case of big and small businesses. Also, money is being transacted at home through internet banking or apps.

Thus, digital transactions of around Tk 1,600 crore are being done every day. Of this, sellers and service providers are accepting Tk 1,100 crore as the customer’s purchase bill. The remaining Tk 600 crore is transacted through apps or internet banking services. As a result, debit and credit cards, mobile banking, and internet banking have reduced the use of cash. Through this, Bangladesh is moving forward to become a cashless society. Although it has been a decade since these services were launched in Bangladesh, digital transactions have reached new levels in 2020 and 2021, mainly due to the COVID-19 pandemic. For example, all the various social security benefits provided by the government are now disbursed through mobile banking services.

According to industry sources, 270,000 small and large enterprises and shops across the country are now receiving money through development. And there are 31,000 such merchants in cash. Rocket also has a few thousand merchants. And the banks have installed 93,062 POS in different types of small and big businesses. Besides, many organizations are also accepting money through QR codes. Card money is being taken through this. Apart from this, the bank has introduced more or less internet banking facilities. Apart from this, paying gas-electricity and water bills and sending money to someone has become fully digitalized.

So what about Cash Transactions! Is it declining?

The BFIU has expressed its concern over the growing number of cash transactions. The agency’s observation is that people resort to cash transactions to keep the source and destination of the money earned secret. According to BFIU’s annual report for 2020-21, the country’s banking sector is much more digitized. The government has also increased mobile financial services and other digital payment systems. Yet, even after that, cash transactions are increasing every year.

According to several bank officials in Jessore, many cash transactions took place around the trading business in Jessore. Traders have become accustomed to cash transactions to evade VAT. It is impossible to transact with them by check or other means, even after trying. However, due to Benapole being a major route for illegal smuggling along the border, including land port, cash flow is high in Jessore.

The InCAP - March 15, 2021 0
On 26 March this year, Bangladesh will be completing 50 years of the Bangladesh Liberation War which lasted for roughly nine months in 1971,...
Go to mobile version