Home Business Cloud Flipkart’s IPO To Be Opened In US, But Uncertain 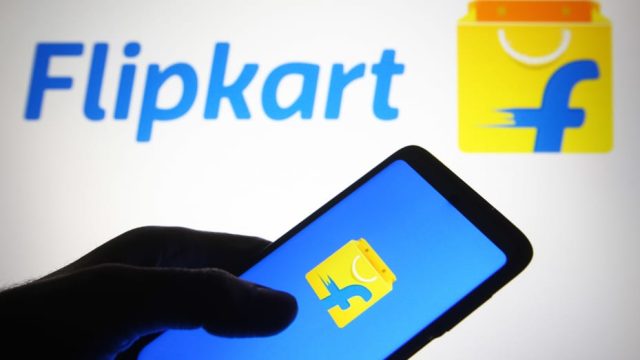 Walmart chief financial officer (CFO) Brett Biggs said there is no specific timeline to Flipkart’s initial public offering even as the online retailer is on its path to profitability.

Biggs said at the Morgan Stanley Global Consumer & Retail Conference last week that “The Flipkart business is performing almost exactly like we thought it would. An IPO is still very much on the cards for that business. Just like everything else, it’s the timing. Is the business exactly where you want? Is the market right? All those things have to figure into what you do with an IPO”, he further said, “IPO and letting our associates have a piece of the business, having it to be a more local business in India – all those things are important to us, longer-term. And nothing about that has changed.”

It is to inform you that Flipkart, founded in 2007, was acquired by Walmart over three years ago. It has been weighing an IPO in the US for the past few quarters. The company offers more than 150 million products in 80 categories and has a registered customer base of 300 million, with an estimated gross merchandise value of $ 12 billion in FY20.

The Indian e-commerce market is an immense opportunity in the local internet ecosystem. It is expected to reach $ 133 billion by 2025 from $ 24 billion in 2018, a 30% CAGR. Flipkart has leadership in apparel categories and is twice as big as the nearest competition. Amazon, however, leads in mobiles and consumer electronics, while Reliance has used its offline footprint to build early leadership by order volumes in the e-grocery category.

“Flipkart was expected to list in the US in Q4CY21, with a particular purpose acquisition company (SPAC) as one of the listing options. However, the proposed Softbank funding could likely delay the IPO plans for Flipkart. The fundraising is expected to expand investments in a fast-growing India e-commerce market with deep-pocketed competitors – Amazon and JioMart, owned by Reliance, “according to a Bernstein report in June.

However, in July, the Bengaluru-based e-commerce major raised $ 3.6 billion from investors, including Canada Pension Plan Investment Board, Singapore’s sovereign wealth fund GIC and Japan’s SoftBank Vision Fund II, and its largest shareholder Walmart on a valuation of 37.6 billion. The funding was Flipkart’s first capital infusion from external investors since Walmart acquired it in 2018, valuing the e-commerce firm at $ 22 billion then. Last year, Flipkart raised $ 1.2 billion in another $ 1.2 billion in an internal round led by Walmart on a total valuation of 24.9 billion.

“Flipkart may not list even in the next 12-18 months as their numbers are weak and may not appeal to Wall Street. Moreover, while it was a two-player fight between Flipkart and Amazon earlier, the entry of Reliance with initial traction in grocery has changed the dynamics significantly, “said a senior official familiar with Flipkart’s plans.

In its earnings call last month, Walmart said Flipkart had another excellent quarter with solid sales growth and favorable trends in monthly active customers and users. In anticipation of the holiday season, the company doubled its fulfillment capacity versus last year with dozens of new fulfillment centers and more than a thousand last-mile delivery hubs. It also expanded relationships with Kirana partners to handle many last-mile deliveries.

“Growth is good. It’s certainly on the path to profitability. We expect that, or we wouldn’t have gotten into the business. We will continue to invest and take opportunities to grow that business, not just in retail but other areas too. PhonePe is a part of that, “Biggs added.