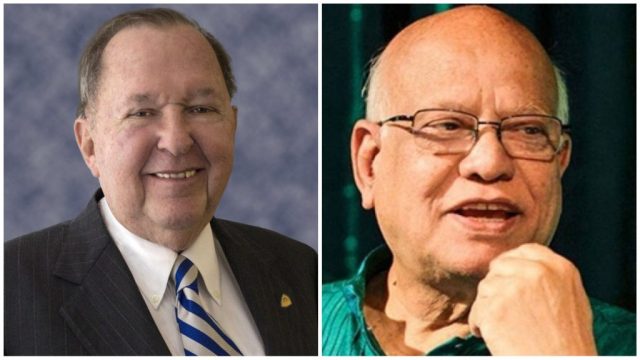 Abul Maal Abdul Muhith was entered the civil service in 1956, following a successful academic career. During the Liberation War, he held prominent roles in the government and was the first ambassador from Pakistan’s embassy in Washington to switch allegiance to Bangladesh.

He was also instrumental in mobilizing international support for Bangladesh. He was awarded the Independence Award, India’s highest civilian honor, in 2016 for his contributions to the Liberation War.

During his tenure as Finance Minister, Bangladesh saw a significant increase in budget size, consistent growth, and inflation control. He was one of the main reasons behind Bangladesh’s decision to embark on large-scale projects. He may have left public service, but he couldn’t stop working for the people’s good. He will always be remembered in our hearts.

Mr. Gatton has always been an entrepreneur. He sold packed garden seeds door-to-door for his elementary school. Later, he sold truckloads of watermelons grown on his family’s farm to local stores. He bought his first piece of real estate at the age of eight and sold it at twelve, more than doubling his initial investment. He created one of the first Volkswagen dealerships in Kentucky. He eventually accumulated nine car dealerships in Tennessee, Alabama, and Texas.

He has also made banking investments. He founded Area Bancshares of Owensboro in 1981, which expanded to become Kentucky’s largest bank holding business, with 17 institutions and 65 branch locations around the state.

Since the 1990s, he has donated more than $70 million to the University of Kentucky for various construction projects and scholarship initiatives. Mr. Gatton is also the namesake of the Gatton Academy residential high school at Western Kentucky University, which has a humanitarian bent. His contributions have no end. Respect to Bill Gatton!