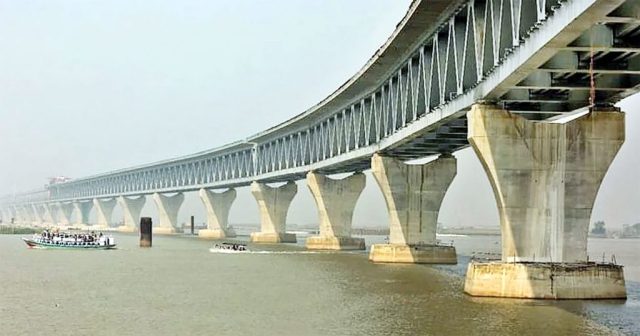 On June 25, 2022, Prime Minister Sheikh Hasina will open the long-awaited Padma Multipurpose Bridge to traffic. Obaidul Quader, the Minister of Road Transport and Bridges, announced this to the media in front of the Prime Minister’s official house, Ganabhaban, on May 24, 2022. He indicated that the premier will dedicate the bridge at 10:00 a.m. on that day, but she refused to endorse a proposal to name the bridge after her. The article is about PM to Inaugurate Padma Bridge on June 25.

The government published a gazette notification on May 17 announcing the toll rates for using the Padma Bridge. According to the gazette, toll costs for various vehicles, including motorcycles, cars, buses, lorries, and trailers, will range from Tk 100 to over Tk 6,000. The toll rate published in the gazette is around 1.5 times greater than that charged by ferries on the Shimulia-Kathalbari route and the Bangabandhu Bridge authority.

In December 2015, Prime Minister Sheikh Hasina officially opened the bridge’s construction. The project’s time frame was extended until June 2022, and the cost was increased to Tk 30,193 crore in 2018 from an initial estimate of Tk 10,161 crore. After the World Bank withdrew a $1.2 billion loan contract in 2012, citing “potential corruption risks,” the government decided to build the Padma Bridge with local funds. The bridge was initially estimated to cost Tk 10,161 crore in the fiscal year 2007-08. According to the initial Development Project Proforma, the project was supposed to be finished by 2014.

The InCAP Desk - July 17, 2022 0
Tamim Iqbal has retired from T20Is after leading the ODI side to a 3-0 series win over West Indies in Guyana. The country, Bangladesh,...
Go to mobile version