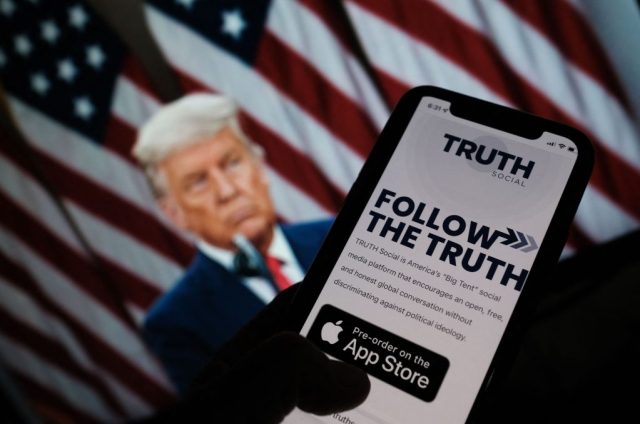 The software went live soon before midnight ET and was automatically downloaded to Apple Inc devices belonging to consumers who pre-ordered it. Some users said they were unable to create an account or were placed on a queue with the notice, “Due to tremendous demand, we have placed you on our waitlist.” The software has been available to those invited to use it throughout its testing phase.

Following the attack on the US Capitol by Trump supporters on Jan. 6, 2021, he was banned from Twitter Inc, Facebook Inc, and Alphabet Inc’s YouTube after he was accused of posting statements encouraging violence.

Trump Media & Technology Group (TMTG), the venture behind Truth Social, is led by former Republican US Representative Devin Nunes and joins a growing portfolio of technology companies positioning themselves as champions of free speech in the hopes of attracting users who feel their views are suppressed on more established platforms. So far, none of the emerging startups, such as Twitter competitors Gettr and Parler and video site Rumble, have come close to matching the mainstream counterparts’ popularity.

“We’ll start rolling out on the Apple App Store this week. That’s going to be fantastic because we’re going to get a lot more people on the platform,” Nunes said on Fox News’ “Sunday Morning Futures with Maria Bartiromo” show on Sunday. ” “Our aim is, I believe we’ll meet it; I believe we’ll be completely functioning, at least within the United States, by the end of March,” he added.

The initial public version of Truth Social, or version 1.0, was available a day ago, according to the app store page showing its version history, verifying a Reuters report. According to the page, the latest version, 1.0.1, offers “bug fixes.”

The InCAP - April 5, 2021 0
Dhaka Correspondent: Sammilita Parishad, the panel led by Faruque Hassan, managing director of Giant Group, has won the biennial election for the board of...