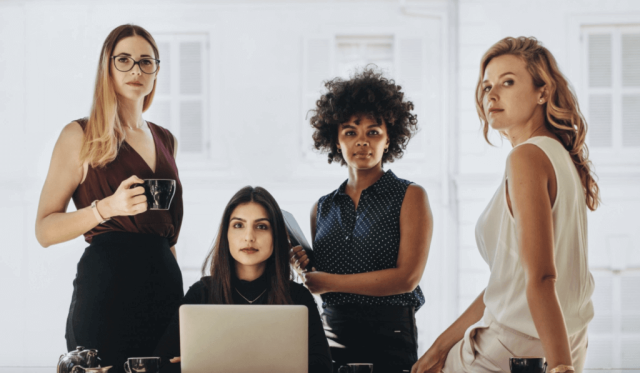 Women’s leadership is growing in large UK organizations. For example, the number of women on the boards of the largest corporations has tripled in the last decade. Female leadership in the top 100 British institutions is 39.1 percent higher than men. In 2011, the rate was only 12.5 percent. The great part is that Women Leadership Tripled To 39%.

Researchers have reviewed about 24,000 women leaders in the FTSE 100 (London Capital Markets Listed 100 Capital Markets), Mid-Cap FTSE 250 (101 to 250 Top Markets in Market Capital), and FTSE 350 Index. The UK ranks second in the world regarding women’s leadership in top organizations. In 2020, the country was ranked fifth. In this case, France has taken place in the list of top countries globally. The rate of female leadership in the country’s leading institutions is about 44 percent.

The report makes new recommendations to increase the leadership and presence of women on the board to 40 percent in 350 FTSE 350 organizations by the end of 2025. Last July, the country’s financial regulator said at least 40 percent of board members in the UK’s top 100 institutions should be women.

British Commerce Minister Quasi Quarteng praised the progress made by women. However, he said, there is still a long way to go. Many organizations have not yet achieved the 33% female leadership target set in the previous review. The percentage of women in the executive committee has increased to about 25 percent at the leadership level. However, in the case of the chief executive officer, the role of women remains negligible, he said.

Jemima Oltawski, chief executive of the Faset Society for Women’s Rights, said the current rate was by no means satisfactory. Men are still over-represented on most boards. If we look at the positions of CEO and senior, we can see that the growth rate of women in them is painfully slow.

She said there are limitations in increasing women’s leadership voluntarily. In this case, the government can impose strict rules. He also said that there is an obligation to publish the work plans of the organizations.

Laura Whitcomb, the global campaign manager for the 30% club, which works on gender inequality at the business leadership level, said there was no denying that great progress had been made in some areas. However, paying attention to the boards is confusing. Even though women on the boards have increased, we are not seeing much progress at the executive level. In developing women’s leadership, it is necessary to increase the number of women in the entire pipeline from the lowest to the highest.

Historic Success in The Regime of Ataur Rahman Prodhan

The InCAP Desk - May 31, 2022 0
Sonali Bank UK Limited is the only Bangladeshi bank based in the United Kingdom with 51% share capital of the Government of Bangladesh and...