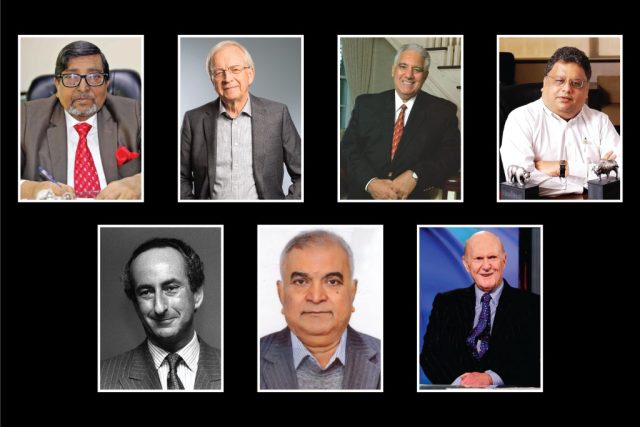 Bangladeshi freedom fighter Mr. Mahbub taught Bengali Language and Literature at the University of Chittagong. Besides, he was the Assistant Press Secretary and speechwriter to the Father of the Nation, Bangabandhu Sheikh Mujibur Rahman. He was also recommended by a Search Committee headed by a Supreme Court Judge, and the President appointed him as an Election Commissioner. He has written 44 books, mainly on poetry and fiction. He received Bangla Academy’s literature award in 2012.

Mr. Jhunjhunwala was one of the Co-founders of Akasa Air, India’s newest budget-friendly airline. The veteran investor, often known as the ‘Warren Buffet’ of the Indian market, was reportedly unwell for some time. His net worth was around $5.8 billion. His most recent appearance was at the airline’s launching, where he was seen in a wheelchair.

Mr. Alberg, popularly known as Tom Alberg, was a founder and managing partner of the venture capital firm Madrona Venture Group and a director of Amazon.com from 1996 to 2019. He has been a leader of Seattle’s tech and business community for many years, starting his career advising Boeing, ATL, and other early tech companies, before playing a major role in the growth of McCaw Cellular and the wireless industry. In addition to investing in many high-tech startups, he was one of the earliest investors in Amazon.

Superstar trader Mr. Julian, who helped pioneer the modern-day hedge fund industry, has died at age 90. Born and raised in North Carolina, Robertson served two years in the Navy after graduating from UNC Chapel Hill. Robertson founded his highly successful Tiger Management in 1980 and ran it for 20 years.

Mr. Halpern was the founder of Topshop and Chief Executive Officer of the Burton Group from 1979 to 1991. He was the most flamboyant member of a group of retail and property tycoons who flourished, and then mostly fell, during the 1980s when Margaret Thatcher was Prime Minister.

Dr. Caruso was an innovative entrepreneur and visionary that built successful organizations by bringing together talented people that shared his passion for innovation. He started his career as a CPA at Price Waterhouse & Co in Philadelphia. He was the founder and Chairman of Integra LifeSciences and other companies. In 2006, he was named the Ernst and Young National Entrepreneur of the Year for the United States.