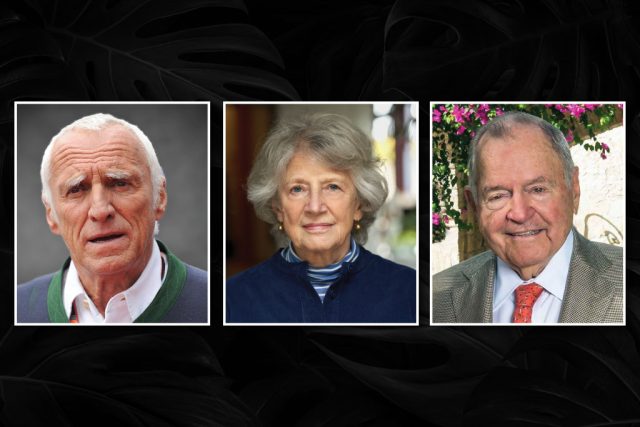 Mr. Mateschitz was the Co-founder and 49% owner of Red Bull GmbH. As of October 2021, Mateschitz’s net worth was estimated at US$25.4 billion. He worked in marketing for Unilever and Blendax. While traveling in Thailand, he discovered the drink Krating Daeng, which he adapted into Red Bull and founded Red Bull GmbH in 1984.

Charles William Duncan Jr. was an American businessman, administrator, and politician best known for serving as U.S. Secretary of Energy in the Cabinet of President Jimmy Carter from 1979 to 1981. He had previously served as Carter’s United States Deputy Secretary of Defense during the Iranian Revolution. Earlier, he had run the family business, Duncan Coffee Company of Houston, for seven years until the Coca-Cola Company acquired it in 1964.

Ms. Callil was an Australian publisher, writer, and critic who spent most of her career in the United Kingdom. She founded Virago Press in 1973. Virago Press is a British publisher of women’s writing and books on feminist topics. She received the Benson Medal from the Royal Society of Literature in 2017. Her publications include Lebanese Washing Stories, Craig Raine, Bad Faith: A Forgotten History of Family & Fatherland, etc.

The InCAP Desk - March 7, 2022 0
The nation is honoring the historic March 7 in Bangladesh, commemorating Bangabandhu Sheikh Mujibur Rahman's groundbreaking speech, which was hailed as a declaration of...
Go to mobile version