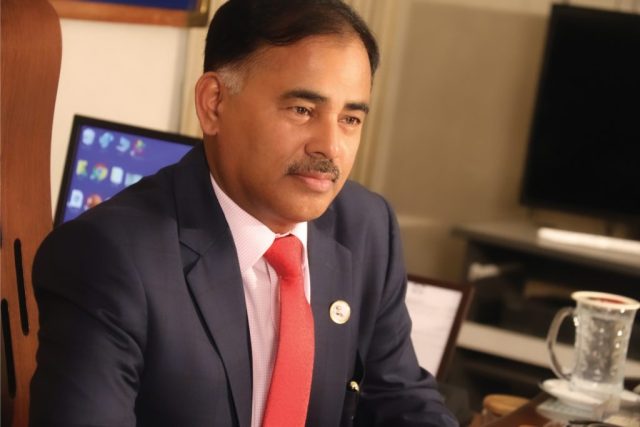 Sonali Bank UK Limited is the only Bangladeshi bank based in the United Kingdom with 51% share capital of the Government of Bangladesh and the remaining 49% share capital of Sonali Bank Limited. It is approved by the Prudential Regulation Authority (PRA) of the UK government and regulated by the Financial Services Authority (FSA) and the Prudential Regulation Authority (PRA). The Editorial is dedicated to Historic Success in The Regime of Ataur Rahman Prodhan.

After the country’s independence, it started as an exchange house in 1974 to provide remittance services to Bangladeshi communities on UK soil. A letter of consent was sent to the government to launch a full-fledged bank in the name. Following this, Sonali Bank (UK) Limited started its banking activities in the United Kingdom on 10 December 2001 as a full-fledged bank.

Considering the various business indicators of Sonali Bank (UK) Ltd. from 2009 to 2016, such as the number of LC Advising, number of import payments (reimbursement), and amount of profit, it is seen that before or after joining of the CEO, Mr. Md. Ataur Rahman Pradhan, no one was able to achieve this success as Mr. Prodhan did. On the contrary, the bank suffered severe losses after his departure due to declining business performance.

Talking to Mr. Salauddin Ahmed, who was working in the bank at that time, he said that during the tenure of Md. Ataur Rahman Pradhan, he increased remittance, LC advising, and other business-related finance such as bill discounting, ad confirmation, and re-embezzlement. As a result, Sonali Bank UK became a for-profit organization at that time.  And the bank’s image with the government, including the local community, has multiplied.

Its profit in 2011 was 5,70,000 GBP, but in 2012 it increased to 10,27,000 GBP, double the previous year. The performance of 2012 was such a joy that the dividend was officially handed over to the then Finance Minister, Mr. Abul Maal Abdul Muhith, on 13 June 2013 in the Ministry of Finance conference room in the presence of print and electronic media. The success of Sonali Bank (UK) Limited in 2013 is even more enviable. This year, the profit has increased to about four million GBP, almost four times more than the previous year. This is an incredible achievement.

This unimaginable achievement was celebrated again by handing over the dividend to the then Hon’ble Finance Minister, Mr. Abul Maal Abdul Muhith, in the Ministry of Finance conference room. That day the Finance Minister said, today is a pleasant day for us. It looks like it’s an Eid day because Sonali Bank (UK) is paying us dividends when many state-owned enterprises are counting losses.

Women Who Lead The Countries

The InCAP Desk - March 8, 2022 0
We are living in a historic era when it comes to gender equality. Women now make up about a quarter, more than at any...