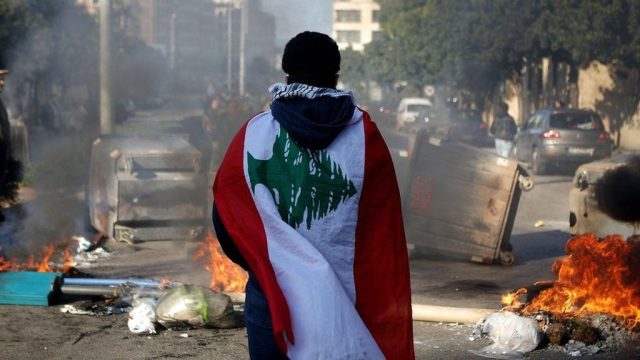 After the 1975-1990 civil war, successive governments racked up debt with little to show, resulting in a grave economic catastrophe in Lebanon. The service-oriented economy’s backbone, banks, are frozen. Savers have been shut out of dollar accounts or told that their access to funds is worthless. As a result, the currency has crashed, driving a swathe of the population into poverty. The editorial is about How Lebanon’s financial meltdown happened!

Where Did It Go Wrong?

Lebanon’s financial collapse, which began in 2019, is a tale of how a goal for reconstructing a country that was once known as the Middle East’s Switzerland was wrecked by corruption and mismanagement as a sectarian elite borrowed with little restriction. Downtown Beirut, which the civil war had leveled, was rebuilt with foreign architects’ buildings and luxury shopping malls packed with designer boutiques that accepted dollars as payment.

But, with a debt mountain equal to 150 percent of national production, Lebanon has nothing more to show for one of the world’s heaviest debt burdens. Lebanon’s power plants cannot keep the lights on, and its sole stable export is its human resources.

How Did It Borrow So Much?

Some economists have compared Lebanon’s financial system to a nationally  regulated Ponzi scheme, in which fresh money is borrowed to pay off old debts. It works until you run out of new money. But how did this six million-strong nation get there? After the civil war, tourism income, foreign aid, earnings from the financial sector, and the generosity of Gulf Arab powers, which financed the state by strengthening central bank reserves, helped Lebanon balance its books.

Remittances from the millions of Lebanese who moved overseas to find employment were one of its most consistent sources of funds. They sent money home even during the global financial crisis of 2008. However, remittances began to decline in 2011 as Lebanon’s sectarian strife led to further political sclerosis and much of the Middle East, particularly Syria, slid into anarchy.

With Iran’s growing influence in Lebanon via Hezbollah, a strongly armed Lebanese Shi’ite militia with growing political authority, Sunni Muslim Gulf monarchies moved away. As transfers failed to match imports of everything from staple foods to showy vehicles, the budget deficit soared, and the balance of payments slipped deeper into the red.

That is, until 2016, when banks began giving incredible interest rates on new dollar deposits – the official currency in the dollarized economy – and even higher rates on Lebanese pound accounts.

How Could Banks Offer Such High Returns?

Lebanon’s political system remained still broken. For most of 2016, it was without a president due to rivalries. The central bank, the Banque du Liban, which has been managed by Riad Salameh, a former Merrill Lynch banker, since 1993, has adopted “financial engineering,” a set of measures that amounted to generous returns for fresh dollars.

Increased foreign reserves were a result of improved dollar flows. However, growth in liabilities was less visible – and is now a topic of controversy. According to some accounts, the central bank’s assets are more than wiped out by its liabilities, implying that it may be sitting on significant losses. Meanwhile, the cost of servicing Lebanon’s debt has risen to a third or more of the country’s total spending.

What Triggered The Collapse?

Before the 2018 election, legislators splurged on a public sector wage raise when the state needed to cut spending. In addition, foreign donors withheld billions of dollars in aid due to the government’s failure to implement reforms. Then, in October 2019, a plan to charge WhatsApp calls sparked the final spark of discontent. With a large diaspora and a tax system that favors the wealthy, imposing a fee on how many Lebanese kept in touch with relatives proved devastating.

Disgruntled youth demanded comprehensive change, and mass protests erupted against a political elite, many of whom were aging warlords who prospered while others struggled.

Dollars left Lebanon as foreign exchange inflows dried up. Banks closed their doors because they didn’t have enough money to pay depositors queued outside. The currency plummeted, falling from a high of 1,500 to a low of roughly 15,000 in June of this year. An explosion at the Beirut port on Aug. 4 killed over 190 people and caused billions of dollars in damage, adding to the challenges.

France is spearheading international efforts to press Lebanon to combat corruption and adopt other donor-mandated changes. In addition, Lebanon must create a new government to resume delayed talks with the International Monetary Fund. However, politicians and bankers must agree on the magnitude of the massive losses and what went wrong for Lebanon to change course and cease living beyond its means.

The InCAP Desk - August 12, 2022 0
India's richest man Mukesh Ambani has not received a salary from his company for two consecutive years. He took this decision as the ongoing...