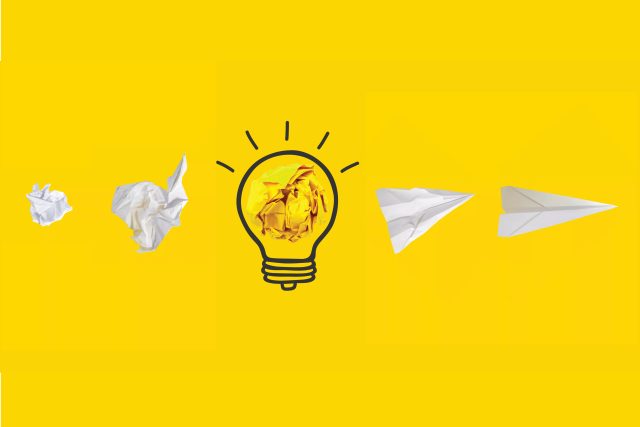 To define social entrepreneurship, it is when a startup company is founded to advance social good. These are frequently for-profit ventures that leverage technology and ingenuity to solve crises of societal importance, such as hunger, disease, inequality, and environmental issues. Following this, some of the world’s most innovative philosophers are using their skills, bringing improvements to people and places that desperately need them. They aim to improve the world and solve complex problems. Social enterprises use creative ideas to change lives and better the environment, whether a non-profit, business, or other entity. So, here are ten innovative social enterprises that will inspire you to do good.

Please Note: The InCAP offers this list of Top 10 Social Enterprises in The World. It’s an analysis of the International Corporate Association of Professionals (InCAP). Therefore there is no opportunity for debate centering on this ranking.

SOLsahre Ltd. allows for the efficient distribution of electricity to rural communities where households can buy and sell clean power. In addition, they provide ICT-based services to severely underserved people that create synergies between energy and transport to provide clean, affordable access to electricity and micro-mobility services.

In brief, by 2025, they strive to facilitate a successful convergence of Bangladesh’s energy and transport sector based on distributed solar PV and storage. Through their services, rural communities can trade solar power, eliminate their emissions by 30% and boost their household incomes by 25% when e-rickshaw drivers gain better charging and profit opportunities.

The organization is the name of Rachel Brathen’s New York Times best-selling book and the handle for her Instagram account, reaching 2 million followers. However, by showing her audience new yoga tips and process, Rachel is hopeful of linking teachers with people from the online community who need healing.

Also, she believes social media could become a social mission for a good purpose. For example, her online channel oneOeight.tv was an “online studio” that offered health, yoga, and meditation services.

A seawater greenhouse is a greenhouse formation that allows crop growth and freshwater production in arid regions, constituting about one-third of the earth’s land area. This is in response to the global water scarcity and peak water and salt-infecting soil. They design greenhouse solutions for hot and dry coastal regions, often where agriculture would otherwise be impossible.

Using their modeling software to simulate the growing environment, they can optimize a design to maximize their technology’s cooling and humidifying effects. Also, they customize the greenhouse design to fit a particular region’s economic and climate conditions.

For more than 30 years, Seventh Generation has been on a mission to establish a healthier, sustainable, and equitable world for the generations to come. That mission is at the heart of everything they do. Also, they continue their services with solid beliefs about the rights of people and the planet. Their faith is that waste is well… a waste.

Mr. Marc Koska re-designed medical tools, establishing a non-reusable, inexpensive syringe for underfunded clinics. This creation safeguards against the transmission of blood-borne diseases. When Mr. Koska founded the charity in 2006, it delivered 4 billion safe injections in 40 countries through his “auto-disable” syringes.

However, the Schwab Organization Social Entrepreneurs of the Year in 2015 cited Mr. Koska for his pioneering solution to a world health crisis. In addition, the World Health Organization (WHO) announced a global policy on safe injections in February 2015.

The founder of Mercy Ships, Scott Harrison, left his luxury life in New York City and headed for the shores of West Africa to volunteer with a hospital ship charity. He named it ‘Mercy Ships’. The tour was a watershed moment, and in 2006 he built a charity: water, a non-profit that furnishes safe and potable drinking water in 29 countries worldwide.

In 2020, the organization completed 91,414 projects in developing countries. As of 2020 alone, this charity of water has raised $55.4 million. Indeed, it’s a floating hospital with vessels of hope.

Professor Muhammad Yunus is well-renowned for popularizing microfinance and microcredit, which serve as the cornerstone of the Grameen Bank, founded in 1983. In 2006, Mr. Yunus achieved the Nobel Prize for founding the Grameen Bank, based on the principles of trust and solidarity to empower village people with the funding to pull themselves out of poverty.

In May 2022, about 9 million borrowers are women in Grameen Bank, who pay their loans back at a rate of 97%, with a recovery rate higher than any traditional banking system. In addition, the founder has won many international awards, such as the U.S. Presidential Medal of Freedom in 2009, the Congressional Gold Medal in 2010, the Olympic Laurel in 2021, etc.

After a trip to Argentina in 2006, Mr. Mycoskie became the Chief Shoe Giver and Founder of TOMS Shoes. He used his own money to launch this company. The company takes responsibility to contribute one pair of shoes for every one sold and now expands the “One-For-One” campaign to help water, sight, birth, and anti-bullying initiatives.

Following this, Mr. Mycoskie has raised awareness about global poverty and health issues. In 2022, the organization distributed people of developing countries with 75 million pairs of shoes and also, more than 450,000 weeks of safe water. Moreover, the TOMS Eyewear campaign has assisted in restoring sight in more than 780,000 individuals by giving recipients prescriptive glasses or surgery.

Malala Fund was established to champion every girl’s right to 12 years of free, safe, quality education. The organization invests in education advocates and activists who are challenging the policies and practices that prevent girls from going to educational institutes in their communities. Malala Fund works in regions where most girls miss out on secondary education.

Their Girl Programme helps girls with the tools they need to advocate for education and equality in their regions and a platform for the world to hear their voices. Supporting youth activists, investing in local organizations, and amplifying the voices of young women create a world where girls have the support to address the barriers standing in the way of their dreams.

1. Ashoka: Innovators for the Public

Mr. Bill Drayton is recognized as one of the pioneering social entrepreneurs because of his establishment of Ashoka. It creates and cultivates a community of change leaders who see that the world requires everyone to be a changemaker. They collaborate to transform institutions and cultures globally, so they support changemaking for the good of society.

What’s more, Ashoka Bangladesh was launched in 1987 when it began supporting system change social entrepreneurs in the country as Ashoka Fellows. To date, they have supported men and women with creative new approaches to solving social problems and connected them into a dynamic peer network to help them grow their ideas and impact. Now, the Ashoka foundation is the world’s largest network of leading social entrepreneurs and ranks among the top 5 NGOs in the world.

The InCAP Desk - May 3, 2022 0
Finding an emotional outlet, such as painting, enables a person's mind to relax and let go of all the issues that lead to a...
Go to mobile version